Bust of AE in Merrion Square, Dublin
AE - RURAL REFROMER
As secretary of the Irish Agricultural Organisation Society (IAOS) AE transformed rural economics in Ireland and worked tirelessly to end poverty. His expertise on rural affairs and cooperation was admired by Gandhi and in Europe and the USA. It inspired Roosevelt's New Deal Programme.

AE's rich charismatic personality resulted in his home and his office becoming the centre of the Irish Renaissance for thirty years. Everyone called for his advice - writers, suffragettes, politicians, artists, revolutionaries, poets, economists, journalists etc.

AE was a key figure in the early Irish State. He believed that Ireland utilizing the talents of all could become an economic and social success, and a force for good in the world. He was a lifelong pacifist who inspired Gandhi's non-violent approach.
​​Involvement in Politics and Economic
George Russell was a practical economist and a great economic thinker. He wrote and published many texts that outlined his ideas for generating progressive  economic opportunities in Ireland. He spent a lifetime in Ireland understanding the difficulties facing the impoverished rural population. For thirty years, he built the rural co-operative movement so that farmers could support one another and not be kept in permanent indebtedness. He also understood the mutual necessity of creating and maintaining a successful rural community and city/town industry. He understood that this economic success and interdependency would be a valuable tool in creating the bonds that build and unite a new society. Æ recognised how a new Irish nation harnessing the potential of the industrial powerhouse North and the rural South, could generate widespread wealth and economic stability. But this was lost when partition was finalised. Collectively, Æ's thoughts on social, political and economic policies amounted to a clear plan to make Ireland a secure and wealthy nation. Even up to within 4 months of his death in 1935 Æ was touring America to explain his approach to maintaining sustainable rural communities across the States. 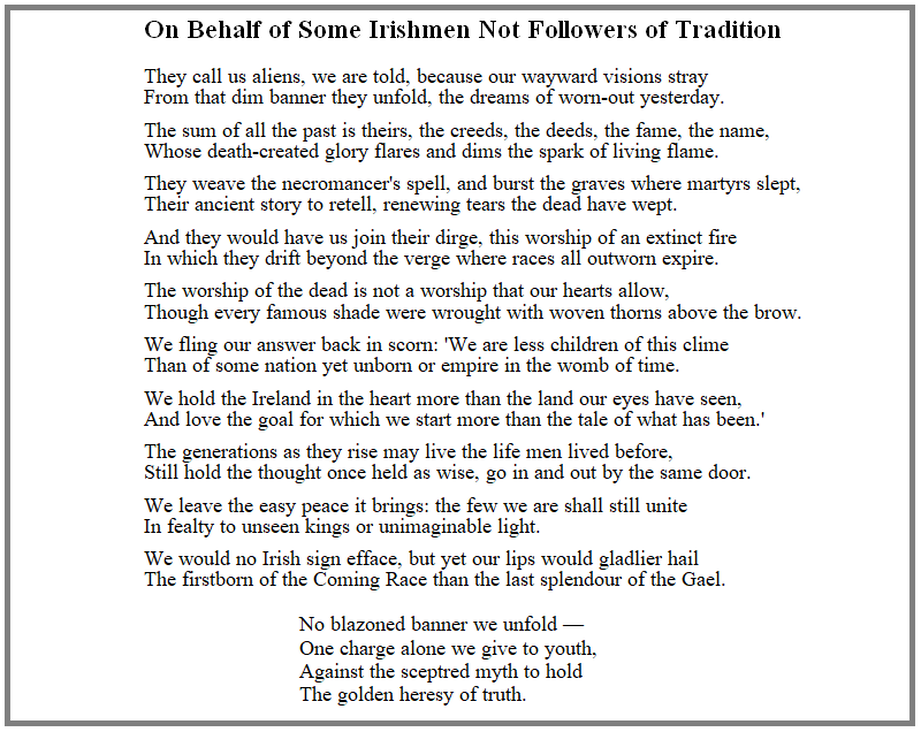 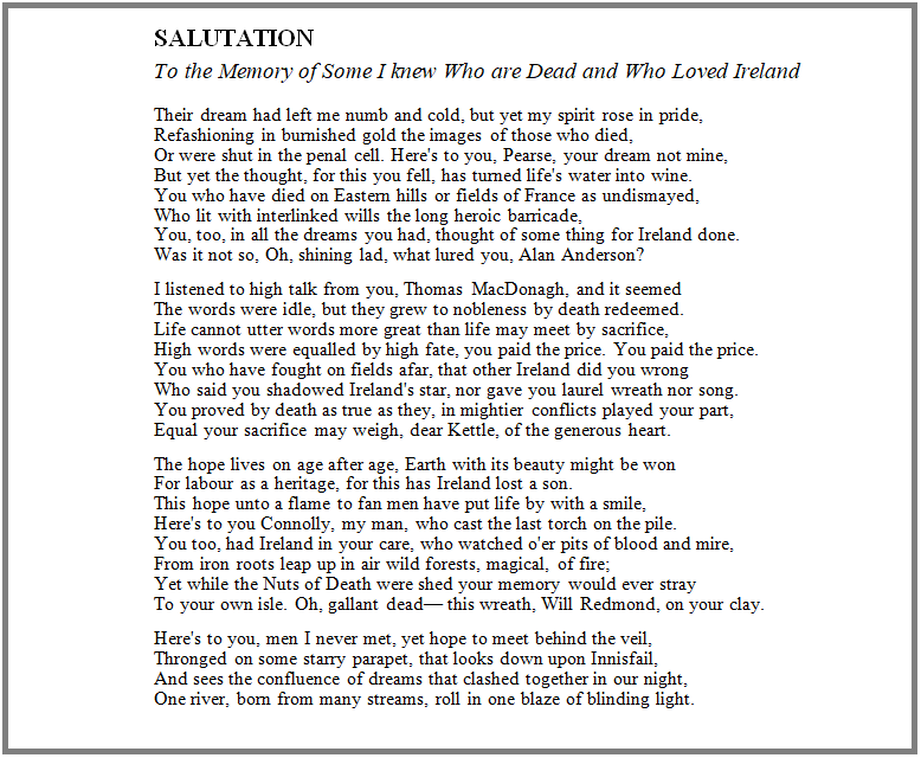